Lipari and Vulcano (from Messina every day) 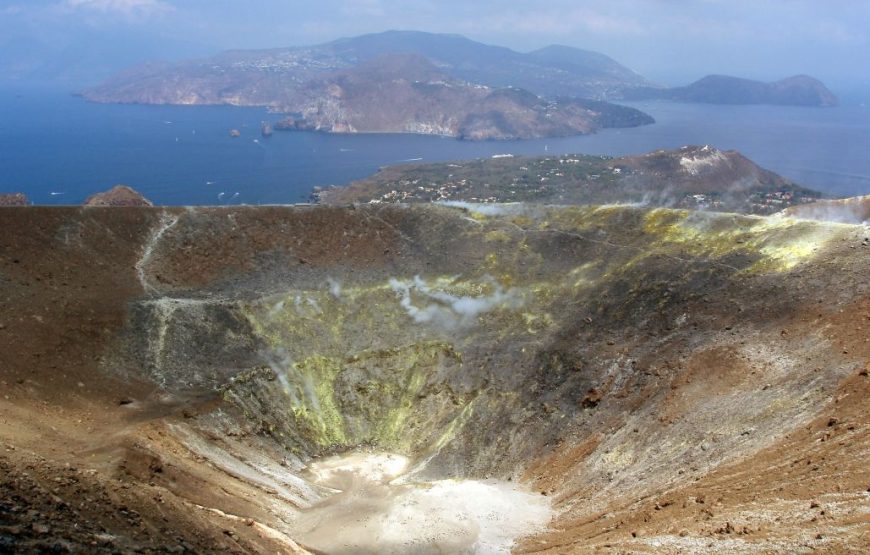 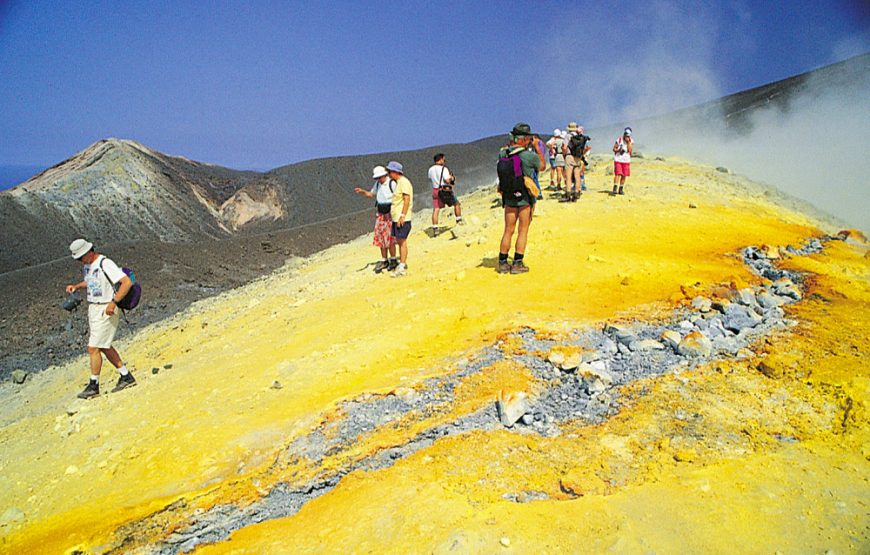 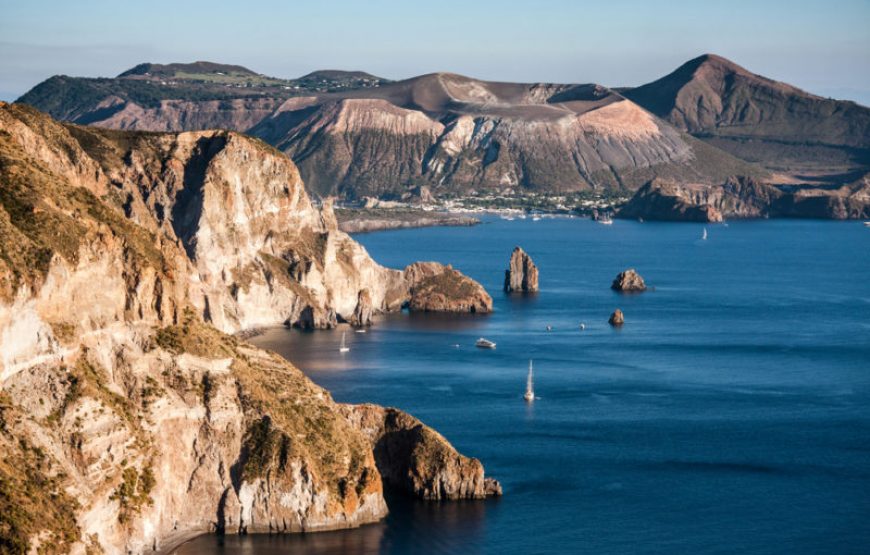 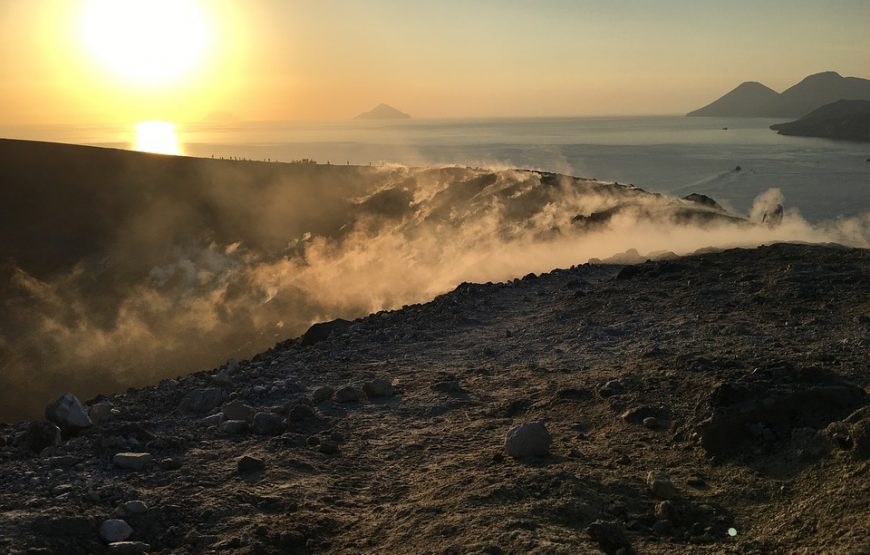 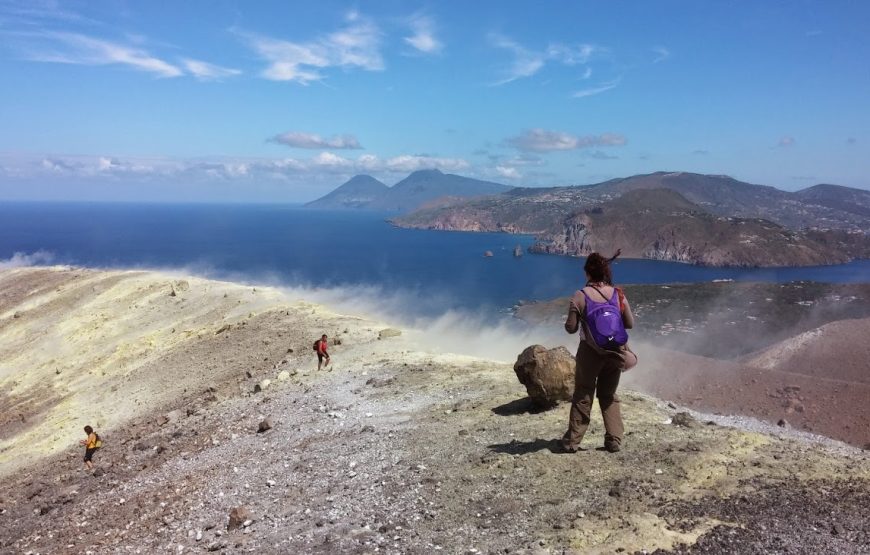 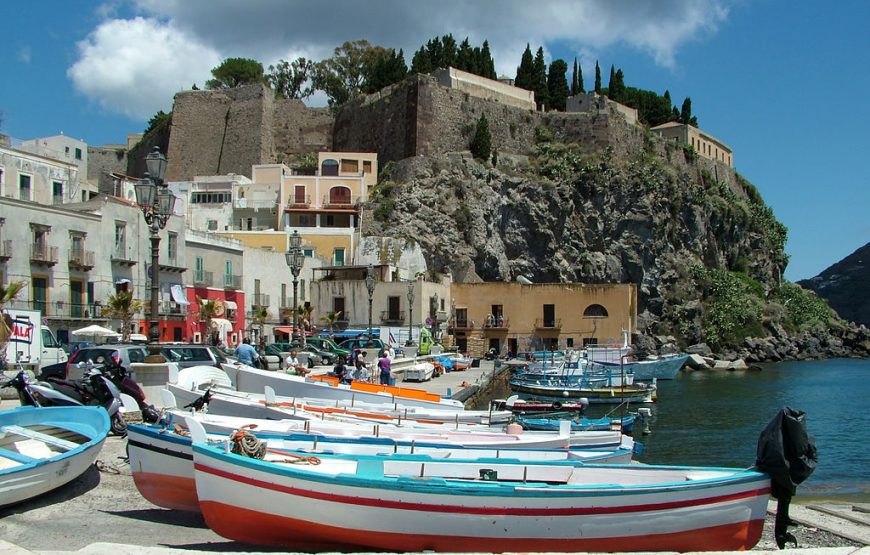 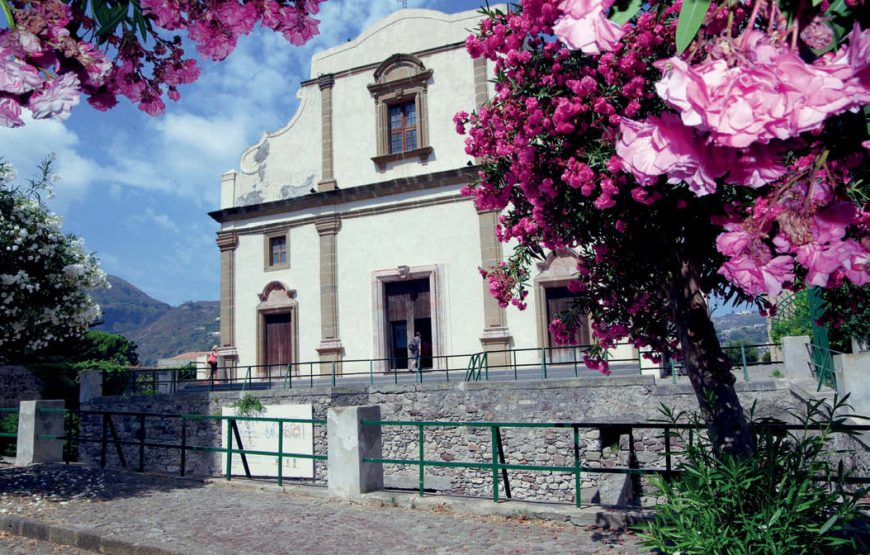 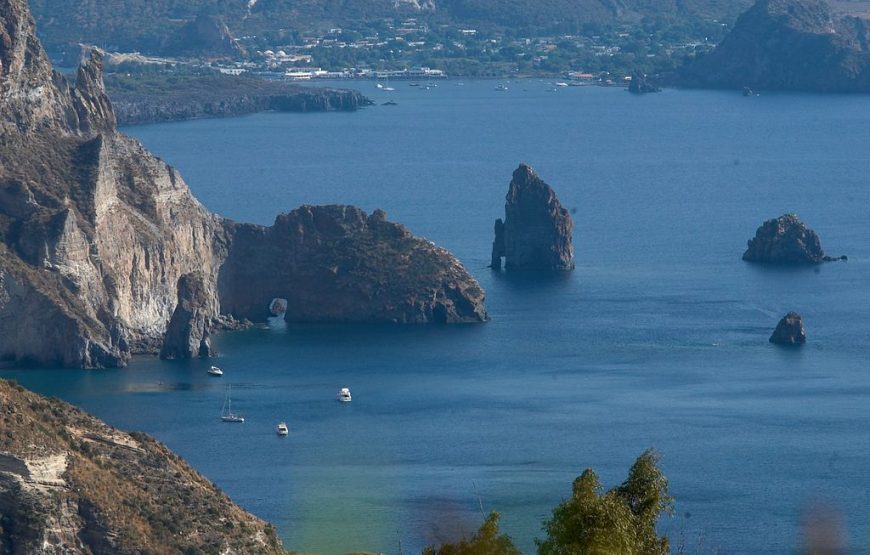 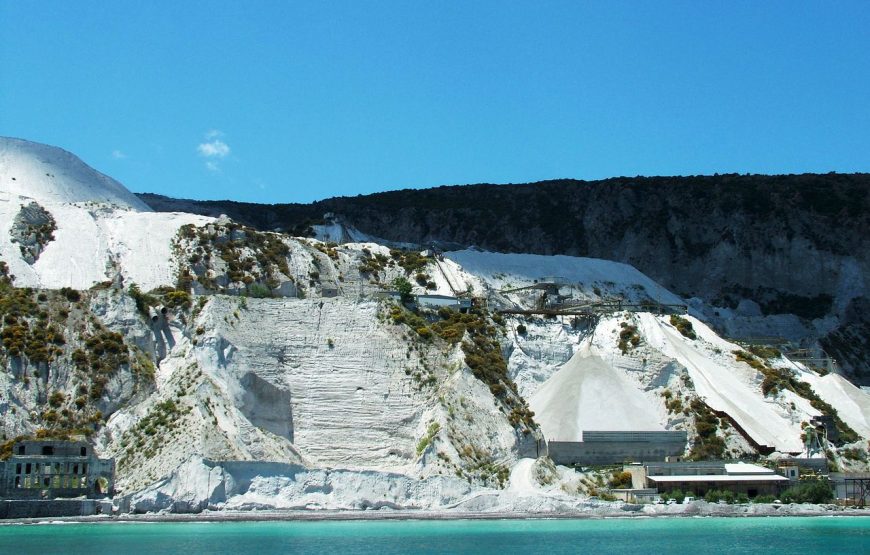 07:00 am departure with Giuntabus Trasporti S.R.L. from Piazza della Repubblica (opposite Messina Railway Station) to the Port of Milazzo.
08:00 am arrival at the port of Milazzo, where Clarissa Viaggi staff will offer you breakfast at a meeting-bar.
Boarding at 08:45, departure at 09:00 for the Lipari and Vulcano mini-cruise.
You will reach the island of Lipari, where you will stop for about 2 and a half hours during which you can explore the island independently.
While sailing, it will be possible to admire the promontory of Milazzo, on which stands the great Castle, the largest fortified citadel in Sicily and the Ancient Village.
Arriving at the port of Lipari Marina Corta, it will stop for about 2 and a half hours, to dedicate itself to the autonomous exploration of the island. Lipari is the largest island of the Aeolian archipelago on which it is possible to find a multiplicity of services for tourism.
During the stop in Lipari, we recommend a visit to the Castle of Lipari, a sixteenth-century building surrounded by the walls built during the reign of Charles V, of the Regional Archaeological Museum "Bernabò Brea", it is located in the complex of the Castle and houses finds dating back to the Neolithic and related to marine archeology and the Cathedral of San Bartolomeo, the main place of worship of all the Aeolian Islands.
At around 13:00, departure from the port of Lipari is scheduled for transfer to the island of Vulcano. After arrival, he will stop on the island for about two and a half hours, a time to allow for autonomous exploration of the island.
During your stay, we recommend an independent visit to the Thermal Pool of Vulcano, where you can make a real "wellness treatment" with the clay mud that every year attracts tourists from all over the world and the Baia delle Acque Calde every year. , in front of the mud, it constitutes a "natural whirlpool" to try absolutely.
For swimming, we recommend the Baia delle Sabbie Nere, a characteristic beach formed by volcanic sands, with shallow waters and clear waters.
At around 4:00 pm, departure from Vulcano to take the tour of the island by sea. You can admire the Grotta del Cavallo, so called because of a boulder at the entrance of the same that seems to resemble a horse's head and the Pool of Venus, a magical place wrapped in the legend according to which the goddess Venus dived into these waters to find the lost virginity.
The return to the port of Milazzo is scheduled at about 17:30.
18:45 departure with Giuntabus Trasporti S.R.L. from the port of Milazzo to return to Messina- Piazza della Repubblica.
19.30 arrival expected in Messina - Piazza della Repubblica. 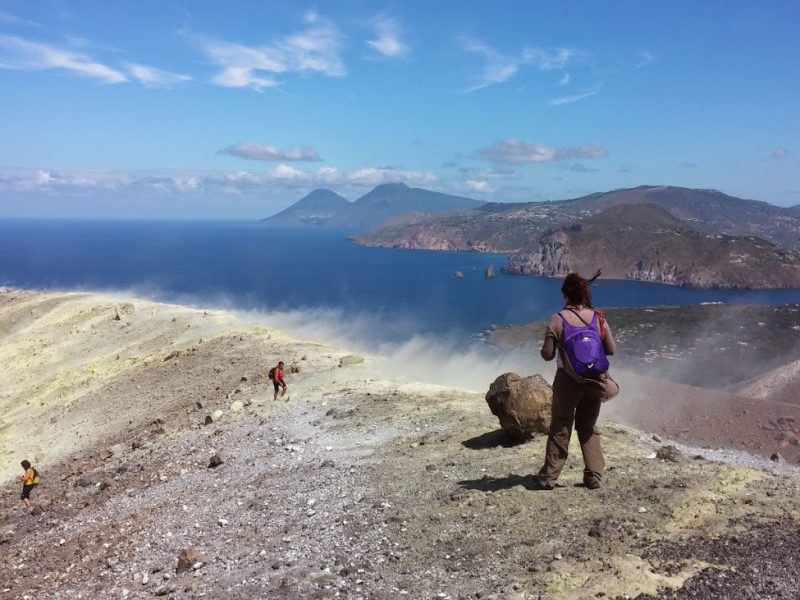 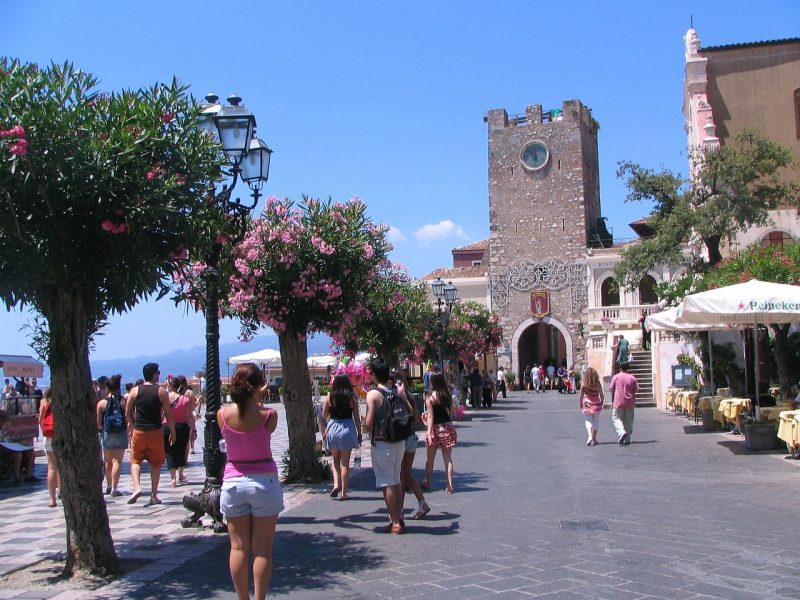 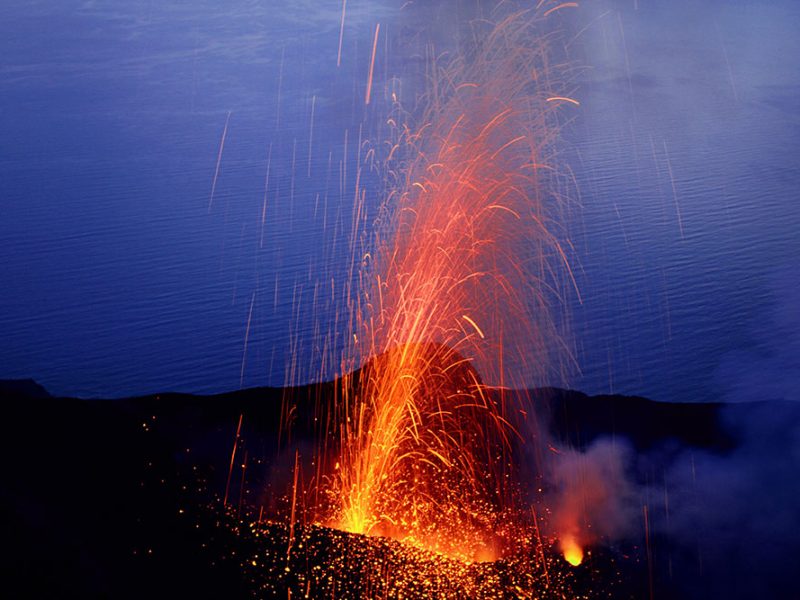 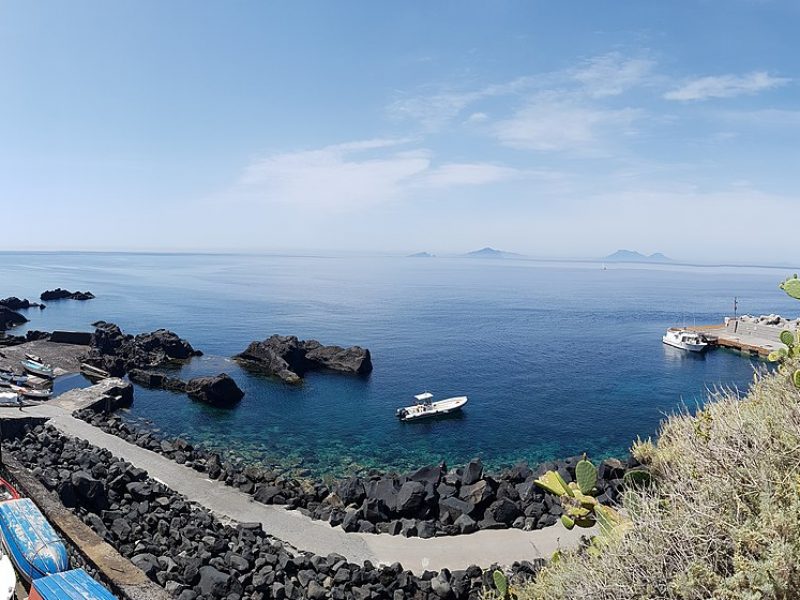